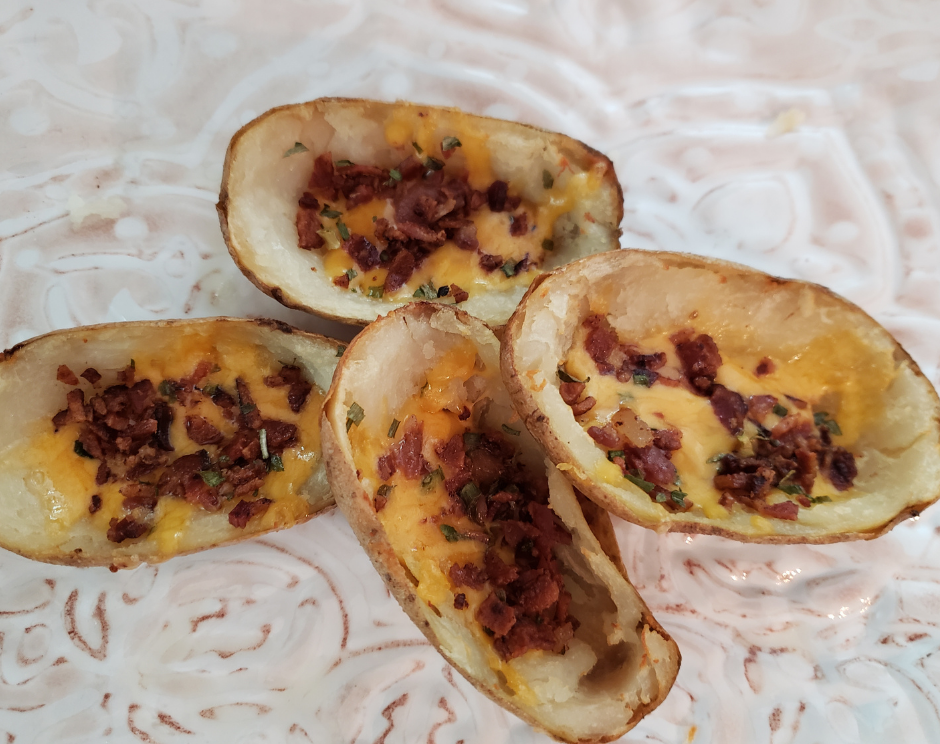 I read that this could work and I was excited that my group of test-tasters agreed. These little russet taters filled with cheddar cheese and bacon totally fit the bill. They are so less calorie-laden than their counterparts that are usually ordered at a pub. Those from the pub are deep-fried in oil, which we all know makes them high in saturated fat and adds many calories. According to the source at Kitchen Snitches, potatoes that are cooked in a traditional deep fryer may contain more than twice the calories.

We baked our potatoes at 400 F for one hour then waited for approximately one more hour in order for them to be cool enough to handle. This worked out well for us since while the potatoes were baking, we fried some bacon for the homemade bits. We were also able to use this time to prepare some of the other appetizer foods we planned to serve.

Once the potatoes cooled we used a tablespoon and carefully scooped out the middle of the potato. We made sure to leave a good layer of yummy potato goodness intact. It is at this point if you wanted to make these later that you can place them on a cookie sheet in your freezer. When they have frozen separately, you can place them all in a freezer bag. This can a big time saver if you are planning a party, Note that the cooking times will vary if using frozen skins versus room temperature skins.

We have saved the scooped-middle portion of the potatoes and plan to test some of the theories that tell us that this potato can be used for mashed, or homemade tater tots. We will give it a try with our leftovers and add a link to another blog post if we find it useful.

Before air frying our room-temperature potatoes, we brushed them with a bit of olive oil. this helps them to crisp and not to stick to the basket, We fried them at 400F turning after 4-5 minutes when they started to brown. Once slightly crisp on the edges we filled each one with cheddar cheese and bacon bits and popped them back in the air fryer until the cheese melted. About 3 – 4 minutes longer.

Once the cheese was melted we used our tongs to remove them from the fryer and onto a plate where everyone was given the option to add sour cream. I waited in anticipation to find out if, in fact, these were going to be a hit or not, When I checked the serving plate not a single potato skin had been left uneaten. I was thrilled to find out that these little budget-friendly appetizers could be a regular edition to my party foods list. 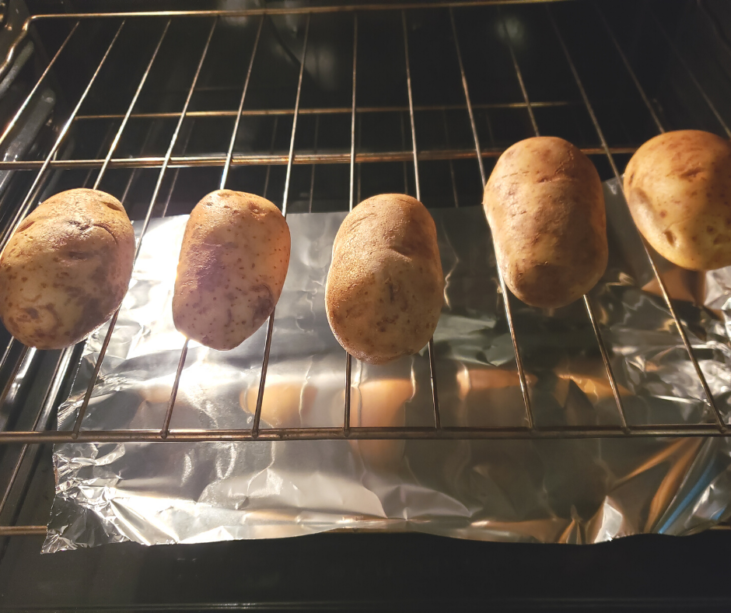 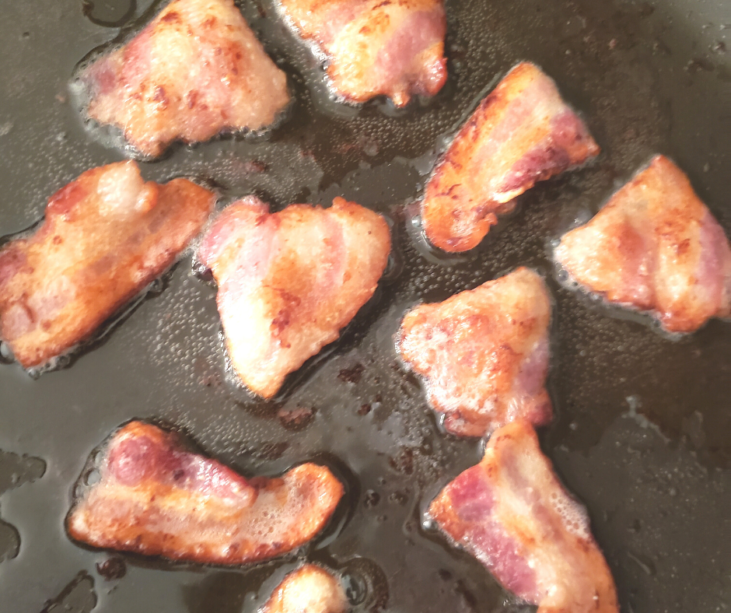 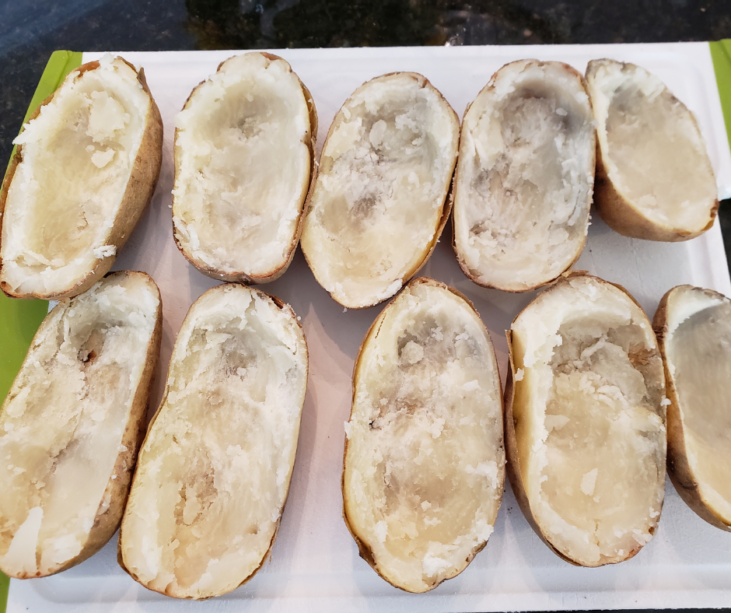