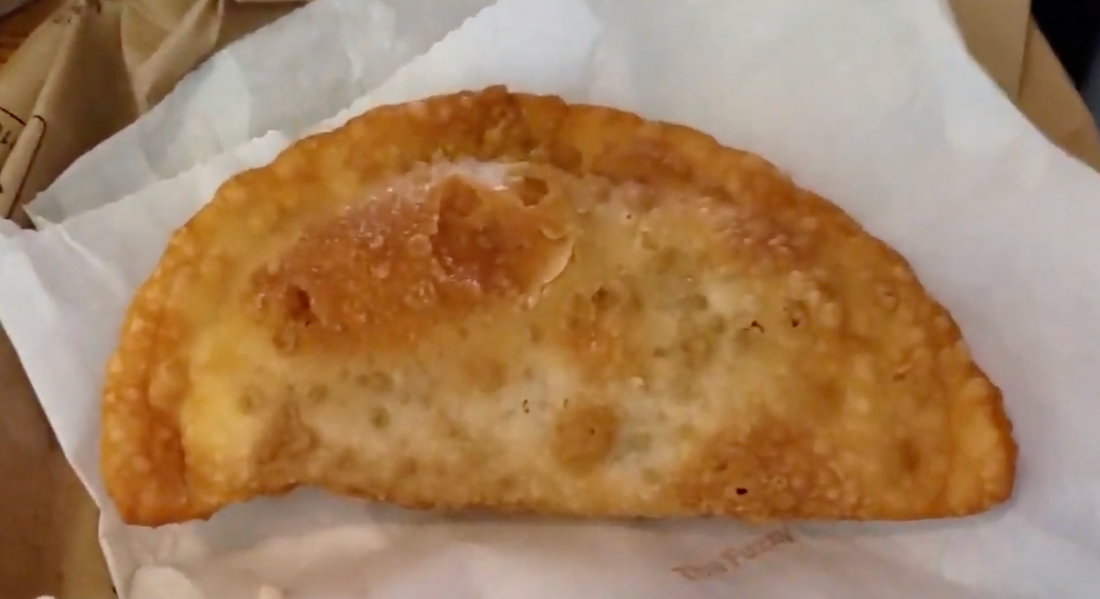 Yesterday New Year’s day 2020 was a big day for The Naked Empanada, formerly known as Fuzzy’s Empanadas. they debuted their new name and logo on their food truck at Bond Brothers Brewing in Cary, NC. They called it a reveal party. Love of Food was there to find out what the scoop was and to see what else had changed if anything. Read on to find out more.

A Little history on them, Roy Thombs is the chef who makes all these handmade lovely meat pies, he has a culinary background which included some time in the kitchen at the Grove Park Inn, Asheville, NC.

As we pulled up to Bond Brothers Brewing we saw that the food truck had been wrapped in all-new red, yellow, black and white colors with an outline of an empanada stating they were established in 2015 and are local to Raleigh. Yes, we noticed the local! This is a great idea especially in large fairs and food truck rodeos as many of us prefer to support locals. Kudos to the marketing agency that pointed this out to Fuzzy’s. This truck was more subtle as opposed to their original Fuzzy’s truck which was white with a tropical scene painted on the side with a picture of a man who was likely supposed to be Fuzzy holding an Empanada. It was a fun truck but at the stage of their maturity as an established vendor with a quality product, we can understand the desire for a more suitable, sophisticated brand look.

While we were there we caught up with Kem, Roy’s wife, and we asked her about the re-branding. Watch what she had to say below.

So what else had changed? Let’s have a look at the menus. First shown was the menu from the old Fuzzy’s truck

And here is the menu from the new Naked Empanada truck

Same wonderful empanada choices with descriptions. We do see more side options added now. We did notice a .25 cent increase in most items, which in our opinion is extremely reasonable.

Their commitment to cleanliness is evident in speaking with them and in their Wake County Sanitary Rating Score both previously and now 99%! We are big fans of establishments who take these ratings very seriously.

We ordered 4 empanadas and chips and queso From Roy who was clearly happy and proud to serve up his food. He has an amazing smile! Watch below as we place our order.

We ordered 4 empanadas and chips and queso From Roy who was clearly happy and proud to serve up his food. Here is what we ordered :

We found the same awesome flavor in all of these wonderful meat pies that we have come to know and love. I had never tried the Shroom before. Now this will be one of my favorites every time I visit.

A surprise for us was the chips, I usually have low expectations for the tortilla chips that come as a side on a truck but boy I was pleasantly surprised when I bit into the first one. It was salty and very thin and crispy much like a certain North Hills national chain restaurant’s chips (who we will not mention here).  Wow! Another reason to love The Naked Empanada.