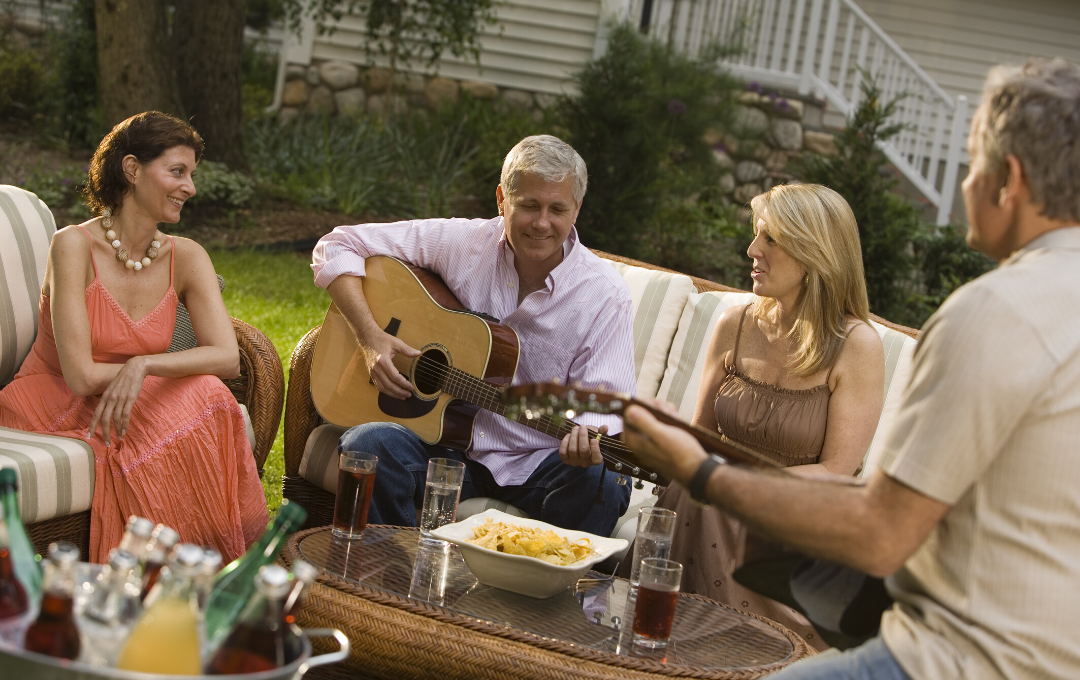 Carolina In My Mind

How to Create a Nostalgic NC Themed Dinner Party

I love Raleigh. I love the relaxed heart and soul of North Carolina, combined with the boundless creative energy of our growing city.

I love the electric tart-tang flavor of our burgeoning downtown, with eclectic food halls, global food choices, and craft breweries with a million complex fizzy flavors.

But also I love the laid back, slow molasses summer days with sweet tea on the front porch and simple sandwiches of Duke’s mayo and tomato.

Videri Chocolate, Larry’s Beans, and Snoopy’s Hotdogs were all born here. When we’re feeling feisty, we also claim Krispy Kreme and Cheerwine, although those were started in neighboring towns.

With this love in mind, I began creating the perfect Dinner Party or Cookout to introduce loved ones to the culture and climate of Raleigh, North Carolina. It’s ideal for next time you host a family reunion for out-of-town relatives and want to treat them to a deeper understanding of the cuisine, music, and decor of your hometown.

It’s equally fun for hosting a madhouse cookout for the next NCSU vs. UNC championship. Whatever your reason, I hope this guide helps inspire your next Raleigh or North Carolina themed event — and that you learn a little about your own history and culture in the process.

You can learn so much about your own culture and history by studying North Carolinian cuisine. Taste is such an intimate sense. It can bring back those simple childhood memories of North Carolina summers — salty trips to Wrightsville Beach; sweet glazed doughnuts on Peace Street after coming from Pullen Park. I reached for these memories as I pulled together some menu ideas.

This is not a definitive menu, but rather an exploration of menu ideas to help inspire your own meal plan.

While a classic French amuse-bouche may not seem appropriate for a down home-style menu, this fun twist on a State Fair staple really screams Southern.

History:  Krispy Kreme has roots in Winston-Salem, and Cheerwine in Salisbury, so they are Carolina classics. While they aren’t from Raleigh proper, they are true blue NC, and every Raleigh kid from the 1970’s remembers these flavors.

My Grandmother also served me pimento cheese sandwiches (her favorite, aside from ‘Mater and Mayo). This savory crowd-pleaser recalls the simplicity of these fresh summer favorites – Green tomatoes and Pimento Cheese. You can combine them in any number of ways, but here are some suggested recipes.

Snoopy’s Hot Dogs is a Raleigh classic, founded by Raleigh native Steve Webb in 1978. The original Snoopy’s stands on the corner of Wake Forest Road and Whitaker Mill Road, it is converted from an old gas station. It’s still there today, so visit the iconic yellow stand with the striped roof, and get yourself a few hot dogs to turn into appetizers!

Raleigh has several top-notch breweries, including Raleigh Brewing Company and Lynnwood Brewing Concern. Lynnwood Grill was established in 2004, one of Raleigh’s oldest breweries, which began as a small craft brewery in the back of the restaurant. It has been ranked as the third-best brewery in the United States. Raleigh Brewing was established by Kristie Nystedt, the first woman to own a brewery in North Carolina, in 2013. Both companies produce craft beer that is perfect for these Raleigh-themed recipes.

Entree: A Battle of the Barbecue

There are two big cultural rifts in North Carolina:

North Carolina’s harshly divided opinions on Eastern and Western barbecue is a part of our culture and history.

Therefore, I dare you to embrace both. Add an element of whimsy and fun by creating both styles of North Carolina barbeque and letting your guests decide which they like best. You can even do a blind taste-test!

Eastern Style barbecue uses “every part of the hog except the squeal,” often cooking and eating an entire pig at cultural Pig-Pickin’s. Raleigh traditionally embraces this style of BBQ, which is pulled pork seasoned with vinegar and peppers. This Eastern-style barbecue recipe harkens back to its origins in the Carribean in the 1500s, where the barbecue was seasoned with lemons and peppers. Since lemons were hard to come by in North Carolina, we used vinegar instead. It’s characterized by its tangy, zippy flavor that contrasts with the smoky pork, enhancing the taste.

North Carolina has many charming desserts. But instead of traditional banana pudding, we are going to utilize some of Raleigh’s unique flavors to create a Raleigh-specific dessert.

The recipe goes as such:

As you know, a dinner party theme is about more than just the menu. The decorations, music, and ambiance should take your guests to a sweet, simpler time in Raleigh, North Carolina’s history.

Depending on the age of your crowd of the energy level of your event, I have several suggestions for some truly North Carolina–and specifically Raleigh–music. Let’s explore some music history!

Old School Raleigh kids from the 1970s and before will appreciate the gritty, punk, Southern rock vibes of the Village Subway. In that era, Raleigh was putting punk music on the map with local bands like Arrogance, the Fabulous Knobs, Th’Cigaretz, and SuperGrit Cowboy Band. Local band Glass Moon made a music video in Pullen Park, to the catchy tune of “On a Carousel.” Byron McCay of Th’Cigz played against The Ramones, acting as North Carolina’s first punk band. While Arrogance is from Chapel Hill and the Knobs hail from Winston-Salem, Raleigh was the center of the era’s music scene. The Connells played in Raleigh and were launched to national fame. Pull some old records and let the old memories roll back in.

Modern musicians from Raleigh (or nearby) include American Idols Clay Aiken and Scotty McCreery. McCreery’s home-grown country music could provide a mellow backdrop to a relaxing event; whereas SuperGrit Cowboy Band will create a higher level of energy.

And while he isn’t from Raleigh, you can always play some James Taylor, who is from next door in Chapel Hill. “Carolina in My Mind” is a staple.

Known as the City of Oaks, Raleigh has dozens of species of oak trees planted around our capital building. Utilizing some of Raleigh’s best-known iconography, you can create beautiful centerpieces and decor.

By the end of your event, both you and your guests will have a true Southern experience–with a deeper understanding and appreciation of our culture and history. These are the businesses, foods, music, and memories that make us who we are. It’s my wish that in planning this dinner party, cookout, or event that:

If you feel overwhelmed, remember, a personal chef can help prepare the food and provide even more inspiration on menu items that fit the theme.

Whether your party is fun, energetic and full of dancing and arguments over the best barbecue–or full of quiet memories and sips of sweet tea–this theme will provide conversations that make the event one that’s talked about for years to come. 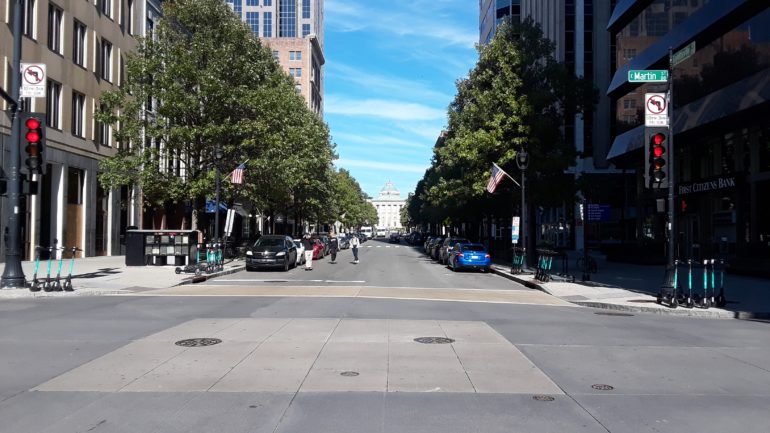 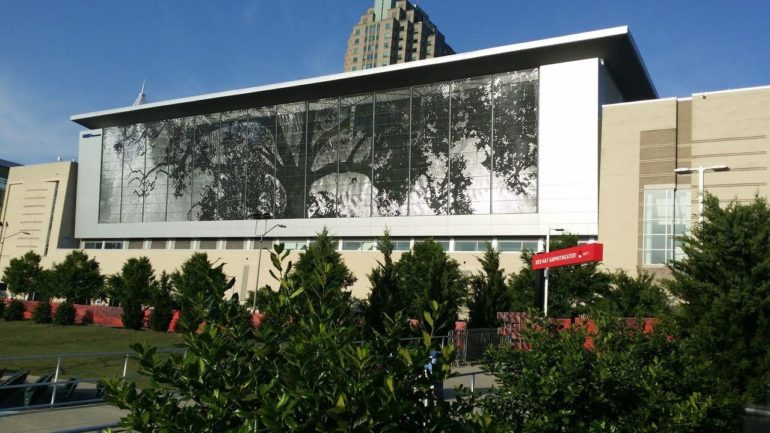 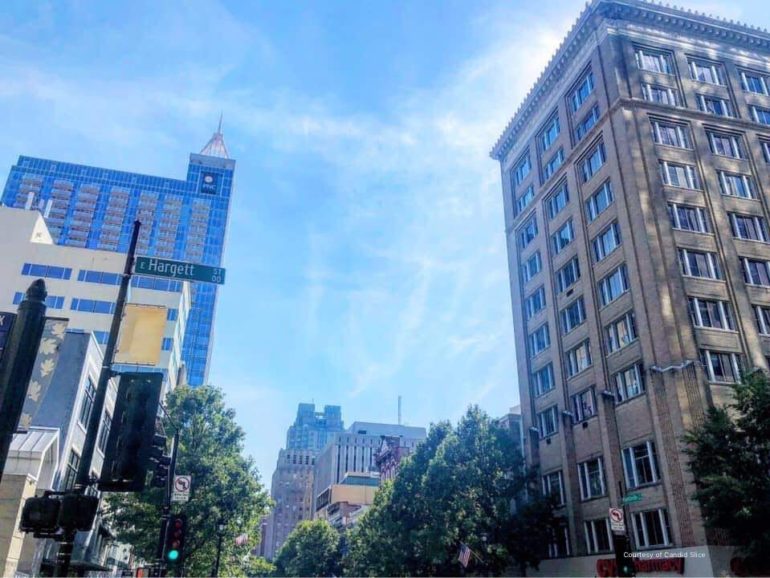