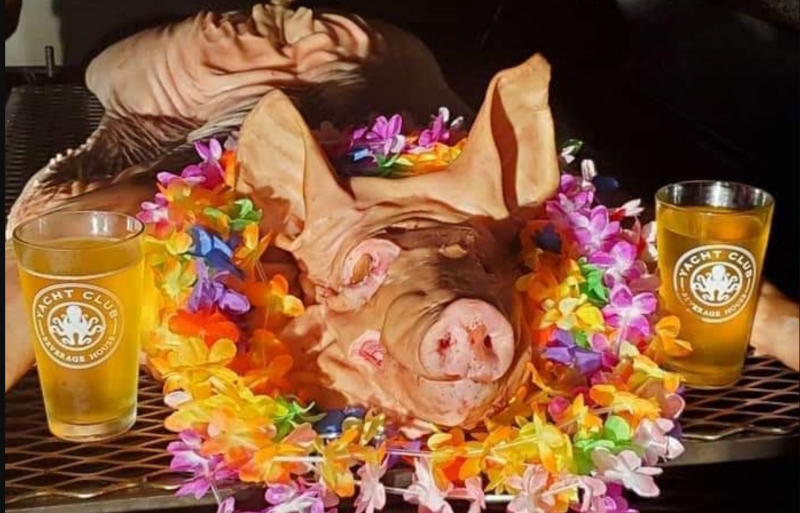 A Boat House, a Hawaiian Luau, and Craft Beer

What do a boathouse, a Hawaiian luau, and craft beer have in common? An awesome summertime event at Yacht Club Beverage House located in downtown Youngsville, North Carolina. For those of you who do not know where Youngsville is, it is located approximately 22 miles north of Raleigh, two hours from any ocean water. This area is geographically land-locked and most people wonder why there is a yacht club located there?

Fall of 2018 in little sleepy downtown Youngsville entered Brandon and Stephanie Schenck. This husband and wife duo are the owners of the Yacht Club Beverage House which is quickly becoming branded as YCBH and “the place to be” anywhere North of the city.

So why the name Yacht Club?

Brandon’s family is originally from the Connecticut area and he wanted to have a taproom that would reflect his heritage. As you enter the early 1900s house which is the home of YCBH you will see ships and maritime flags, as well as many other seafaring items.

Being a southern transplant from a seaside town in Massachusetts this decor makes me feel right at home. Apparently, I am not the only one, as this local downtown Youngsville establishment fills up with patrons nightly.

Brandon’s family is comprised of other food and beverage folks that we know. His uncle started and grew the popular Rally Point Sports Bar in Cary and sold it a couple of years back. He also opened Dram and Draught which became named as the Best Overall Bar and Best Whiskey Bar in Raleigh by Raleigh Magazine in 2018. They have since expanded to another location in Greensboro, NC.

Brandon and his wife, although young, are no new-comers to the industry. We met Stephanie years ago when she worked for Plates Neighborhood Kitchen on Glenwood Ave, Raleigh.

With their acquired experience in the food and beverage industry, sharp marketing skills combined with putting in the long hours that are required to run a retail location, they are making a name for themselves!

The craft beer they serve is always fresh and interesting with a wide variety of tastes for their patrons. You can get everything from a PBR to a Hazy New England IPA. They have a cooler case to select from in case you do not see what you need on draft and you can even get a growler filled if you love something on tap.

YCBH hosts food trucks and bands on most weekends and has been known to have some really cool events, like the ax-throwing contest and this most recent event the Hawaiian-style Luau. The outdoor space they share with Charron’s Deli and Scoops on Main is the perfect setting for families to enjoy a dinner outside at one of the many picnic tables.

On this event day, we showed up early to get a look at this lovely whole hog that would feed all the patrons. It was rightfully the star of the food show, splayed appropriately over hot coals with a colorful Lai.  Our friends from Smokin Souls BBQ and Pick N Pull BBQ tended the hog from before dawn to ensure that his meat would be flavorful and moist.

This smokey-pulled pork was fabulous by 4 PM in the afternoon when I had the opportunity to taste it smothered in a sweet and spicy Eastern North Carolina BBQ sauce.

It was a great event and a beautiful Carolina day to enjoy a cold, freshly-poured, craft-beer a pulled pork sammie on a hamburger bun at the local Yacht Club! 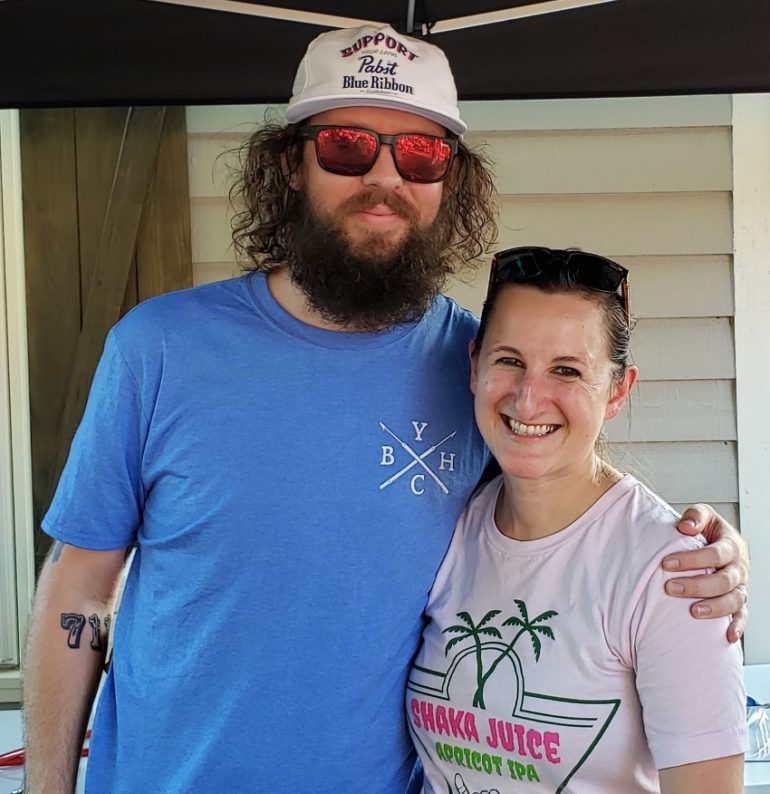 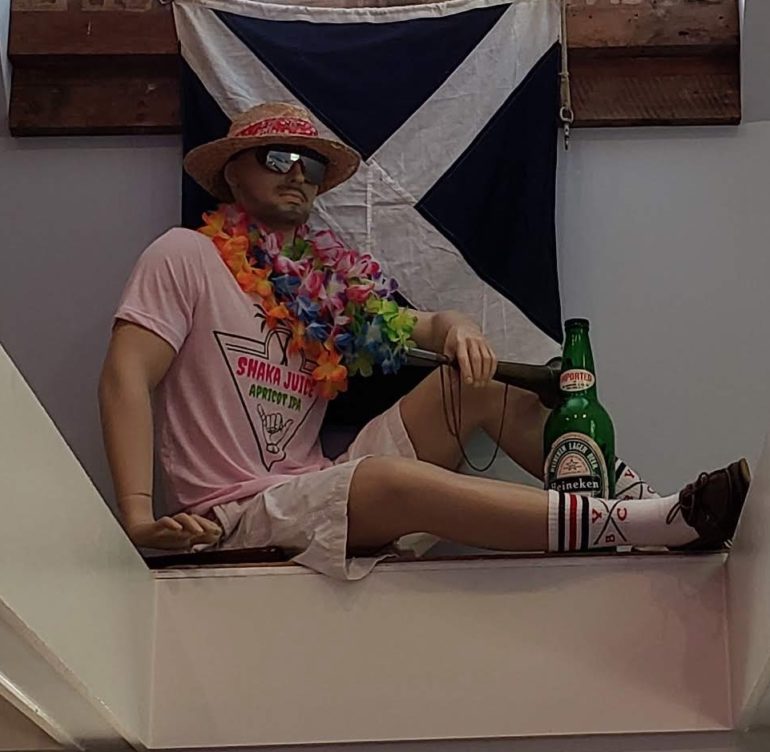 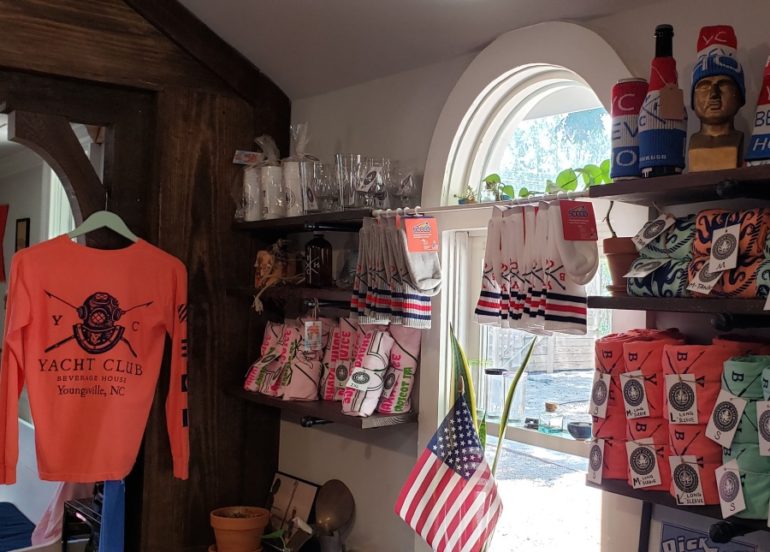 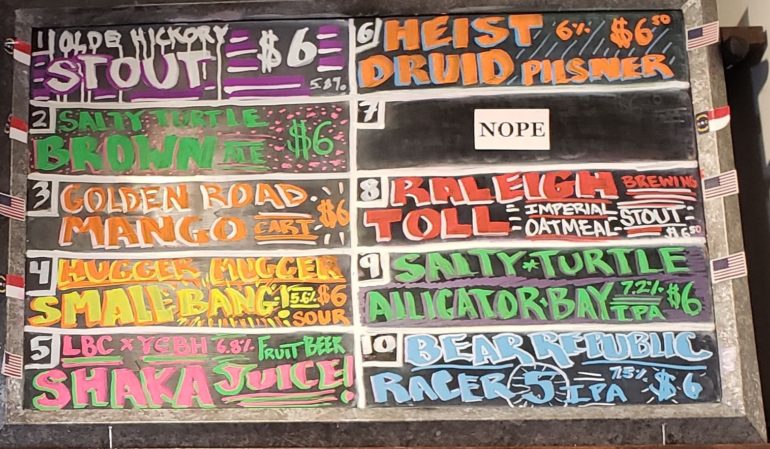 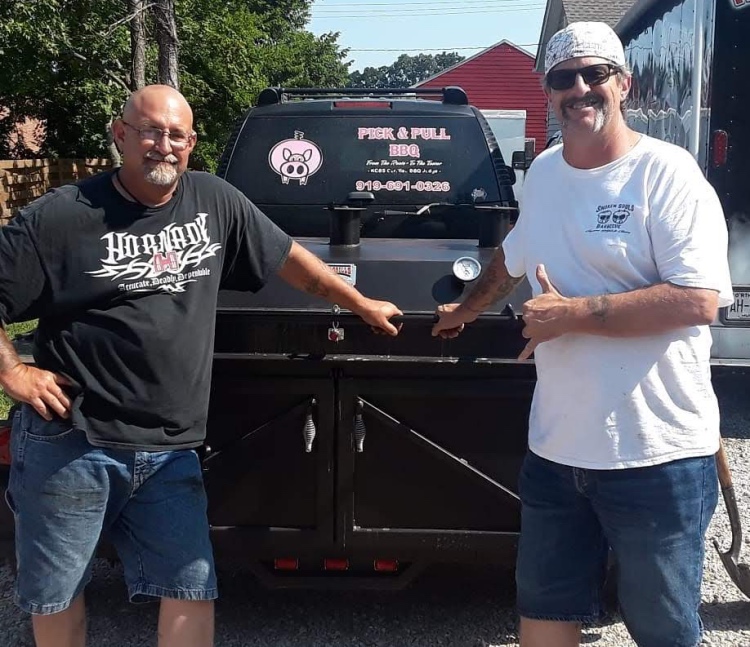 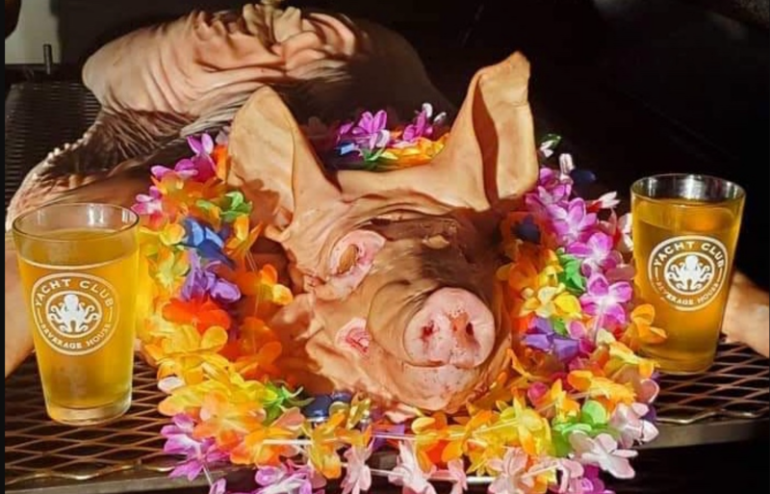