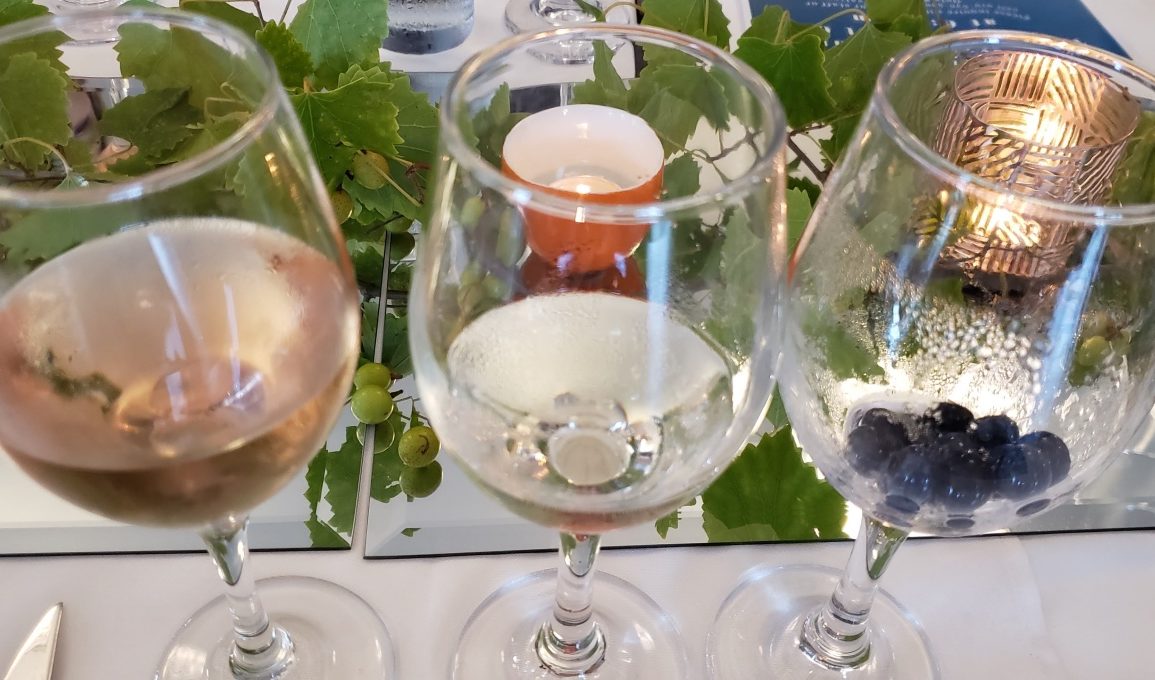 Summer wine, what is it exactly?
When asking other people they may say Pinot Grigio or White Summer Sangria. While those certainly are wines that come to mind, I recently went to a wine pairing this summer that proved that Sauvignon Blanc, Rose, and even Chardonnay are perfect summer pairings with summer seafood.

This dinner was held at the Mayton Inn, Cary, North Carolina. It was built after I moved from the area and I was surprised to see such an opulent venue in the middle of what used to be a quiet lazy, downtown area. Much has changed about the City of Cary in the last 10 years. The downtown is abuzz with nightlife. There are so many places for adults to convene. There are two breweries, Bond Brothers and Cotton House,  and Pharmacy Bottle Shop serves craft beers on tap. There are many cafes, a movie theater and The Mayton Inn with a full bar, restaurant, function room, and nearly fifty guest rooms.

The Mayton Inn was charming as you can see in some of the photos. We plan to go back to order a drink from the Highball lounge (especially for half price bourbon night on a Monday). The lounge name came from Cary’s history as a “train city”. You can still board the Amtrak to many destinations right from downtown.  Highballing is apparently a term used to describe a steam engine moving at its highest speed.

Tonight we dined in the function room and the food was prepared by Executive Chef, Steven Zanini, III, and his staff. Steve’s food is known around the area as he has cooked at Dean’s, Jimmy V’s, and Midtown Grille.

We will explain the food that was served in each course and describe these summer wines that were paired. We were lead through this wine tasting journey by oenophile, Emily from Empire Distributors who was kind enough to share her experience and knowledge with us.

First up, the Amuse Busche. It was a Summer Crab Salad served on a wonton soup spoon. It was made with the appropriate balance of panko and crabmeat that enabled us to taste the salty, light, crab flavor and give us the crunchy mouthfeel the chef was going for. It was quite delicious. The wine this dish was paired with was the Emmol Sauvignon Blanc made by Jenny Wagner. She comes from the same family of vintners who make the more well known Caymus. What I loved about this wine was it was the opposite of a New Zealand Sauvignon Blanc. It was minerally with fresh notes of citrus, peach and wood char. This made perfect sense since the Wagner family are the owners both the Rutherford and Oak Knoll vineyards.

The next course was a Grilled Peach Ceviche that sat in an edible bowl of crispy fried wonton dough. When eating this fresh seafood dish the calamari’s texture gave way to a slight pop but was not chewy between my teeth. The peach and citrus flavor sprinkled with cilantro leaves and a hint of heat kept me wanting another forkful. It was paired with a pretty Sokol Blosser Rose because of its aromas of peach and jasmine along with a lingering rhubarb taste on the finish. This bright, delicate, rose is 100% Pinot Noir and 100% estate grown in Dundee Hills which is part of the Willamette Valley in Oregon. The Sokol vineyard is owned by a brother and sister, Alex and Allison Sokol who are second-generation wine growers whose family was into organic farming before sustainability was a thing.

Next was the main course which was a pan-seared tile-fish. The fish had a sweet buttery flavor that is similar to crab or lobster. It was served over a finely shredded cabbage and carrot slaw accompanied by a citrusy, sweet sauce to drizzle on top. On the side was a rice cup that had been crusted on the top giving it a more nutty flavor, and color on the plate with a crunchy texture. The main course was paired with the Diatom Chardonnay.  This central coast, Santa Barbara, CA wine was unoaked with lemon and citrus on the nose. The winemaker for this one is Greg Brewer who is known for making Chardonnay wines in stainless steel to maintain the grapes in their purest state. He named the wine from the diatomaceous earth found in this region that is composed of much-fossilized plankton.

Our last course of the evening was a Raspberry Clafouti. This is a French dessert that is baked in a well-buttered dish that is coated with a thick flan-like batter. The clafouti was served warm and dusted with powdered sugar. With it was paired another Rose, this one was a sparkling, from the Languedoc Region of southern France. It tickled our noses with its very tiny bubbles and its strawberry and raspberry goodness flirted with our taste buds. This wine is made from mostly Cabernet grapes that are hand-harvested. This all-organic, no sulfate wine is fermented using the ancestral method. According to Wine Spectator, “the ancestral method is an inexpensive but risky and difficult-to-control method of producing sparkling wine, and almost certainly the oldest, in which the primary fermentation is stopped before completing, and a secondary fermentation occurs in the bottle, ending when the yeast cells deplete the supply of residual sugar. There is no dosage, or sugar added, to kick-start the secondary fermentation, and the wine is not disgorged to remove any sediment or lees remaining afterward.”

We met some great people and a good time was had by all!

If you are thinking of hosting a summer dinner party with friends, I highly recommend trying some of these wines yourself to see how they will fit with your menu. If you need help our culinary team of expert chefs and assistants are hand-selected to shop, cook and clean up for your hosted dinner party. 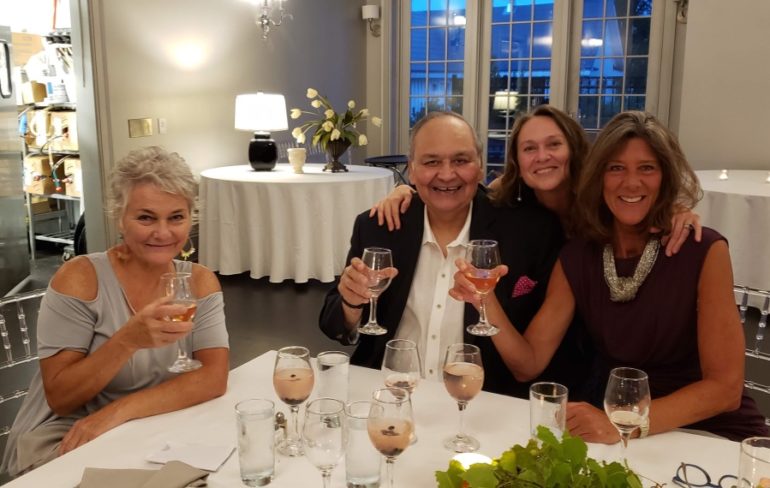 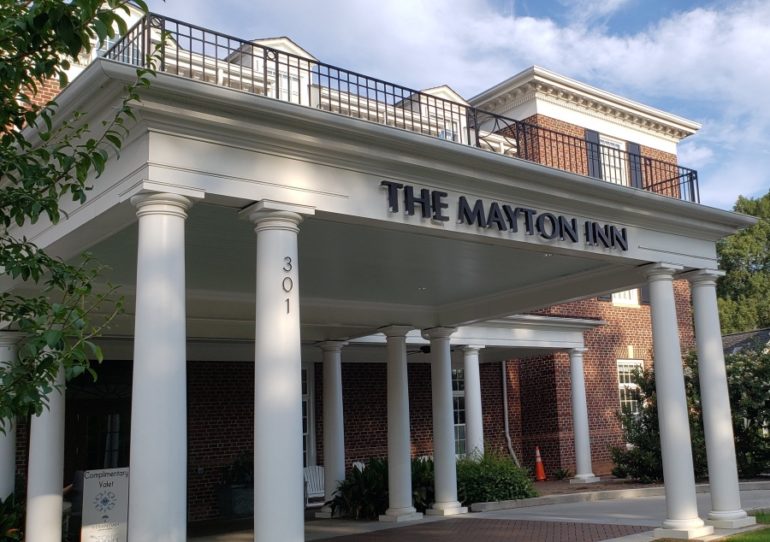 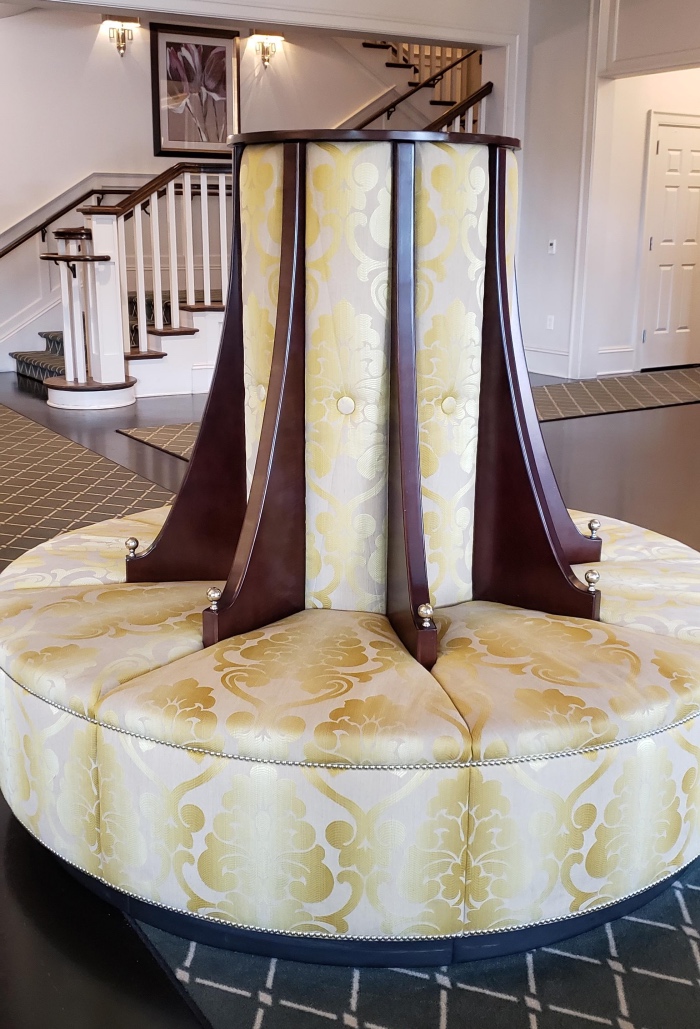 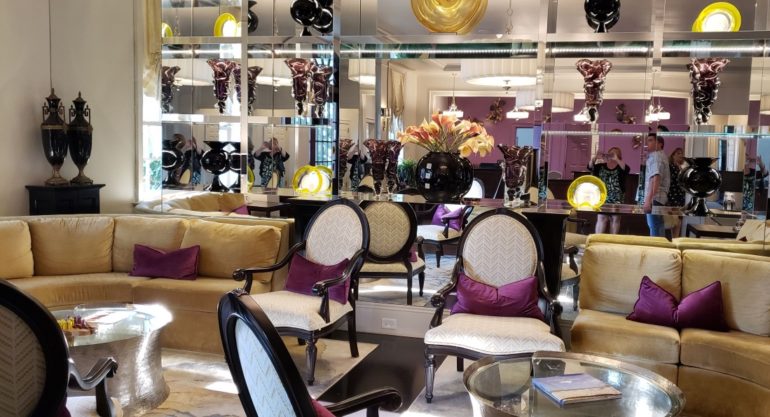 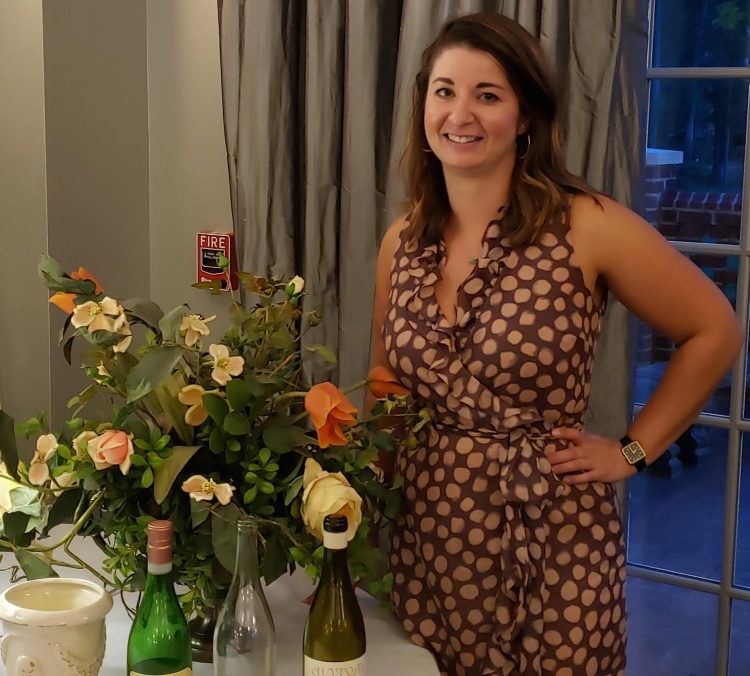 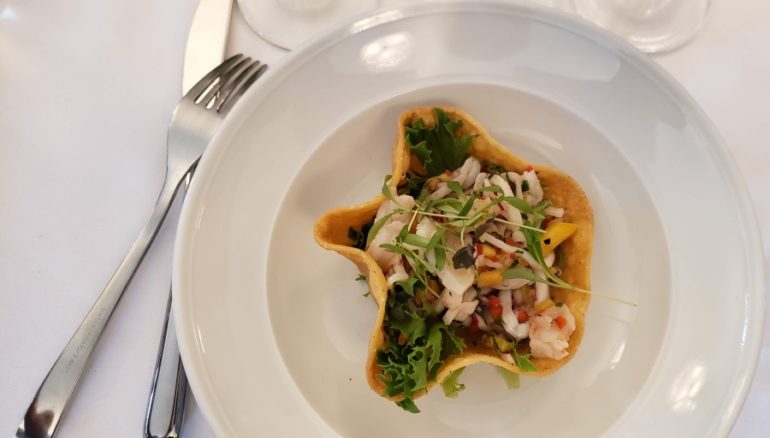 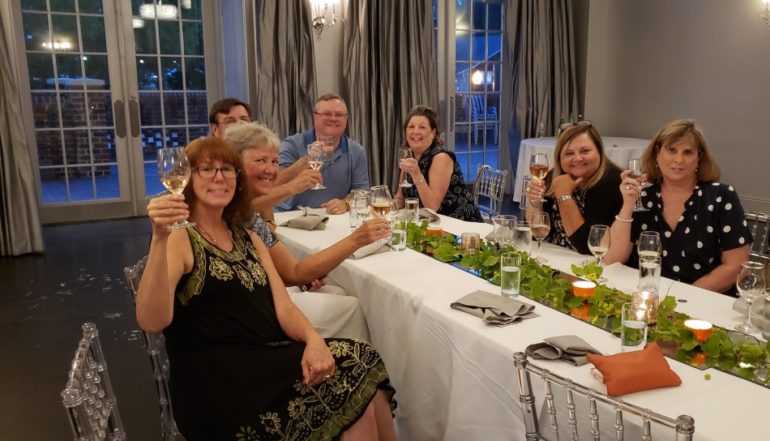 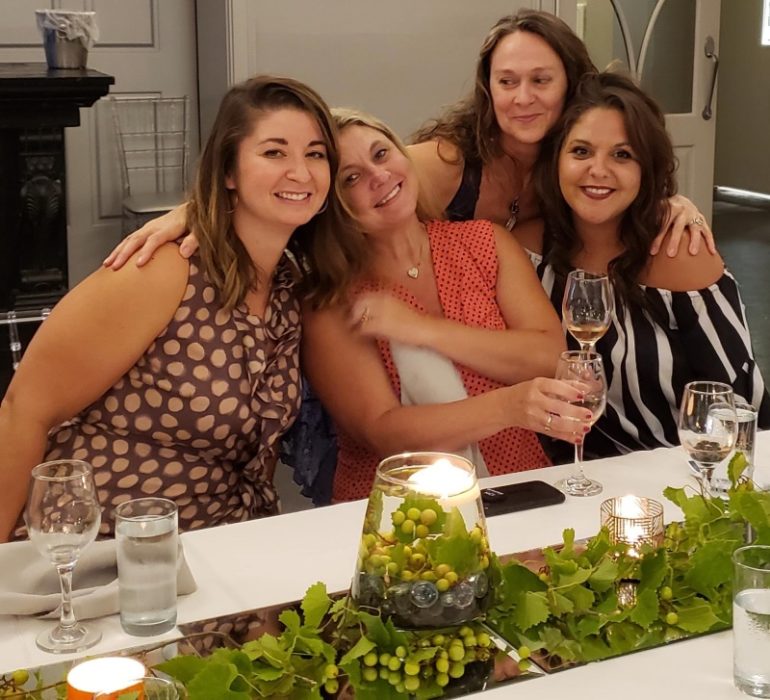